Relive Your Childhood With The Best SNES RPGs

In 2020, gaming is a 120-billion-dollar industry, and these numbers are expected to double in the next five years. Video games have taken the world by storm in the 21st century, with nearly everyone having played games in some form. This has been especially true since the advent and widespread presence of smartphones. They have enabled gamers across the world to enjoy video games on the go.

However, if we were to look back a few decades, gaming was a significantly smaller market. Even up to 2015, in order to participate in playing major titles, you either needed to have a beefy personal computer or a top-notch gaming console. With each passing year in the 21st century, gaming has slowly become more accessible for everyone, but it was a long journey to get to this place.

One of the most popular gaming consoles of all time, the Super Nintendo Entertainment System was launched by Nintendo in 1990, and it changed the landscape of home entertainment forever. The console sold about 50 million units in its 13-year lifespan. It was the second programmable home console from Nintendo, featuring games on PCB based cartridges that could be replaced, adding new games to the system.

Computing power is calculated in bits, and the SNES was miles above the previous 8-bit consoles with a 16-bit processor. The console had brilliant software optimization that made full use of the hardware. This not only made the Super Nintendo Entertainment System the most popular 16-bit gaming console, but helped it keep its popularity up in the 32-bit era as well.

Today we have gaming consoles that far outclass the Super Nintendo Entertainment System in terms of graphical performance, interfacing and connectivity, but that does not take away from the popularity of SNES consoles or games. In 2020, SNES consoles have become prized collector’s items for the nostalgia associated with them as to preserve their incredible history.

Whether you are someone who misses your childhood games or is a serious collector looking to broaden your collection of SNES games, we have a great collection of the best SNES RPGs for you to look over. Role Playing Games or RPGs were a staple of the 16-bit gaming era and the SNES had a few great titles playable on it that have gone down in history as some of the most innovative games for their time.

If you are looking to buy an SNES RPG cartridge, either for your collection or just to own a piece of history, here are some factors you might want to consider.

Factors to Keep in Mind

Now that we have seen what factors you must keep in mind before getting the best SNES RPGs, let us cut to the chase and look at what the market has to offer.

Earthbound is an extremely popular SNES title released by Ape Studios and HAL Laboratory in 1994. The game was developed over a period of five years and was popular due to its real world setting and edgy humor. The player controls group of characters who make their way through the two-dimensional world through cities, villages, dungeons, and caves. You must battle enemies in an arena and are awarded experience points upon victory and progress. These points are used to randomly level up attributes of the characters in the team. 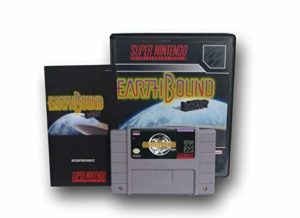 The game is often listed in lists of essential games of the 20th century and is regarded as one of the best SNES RPGs. The surreal setting, ethereal soundtrack and interactive gameplay mechanics make this a worthy addition to your Super Nintendo Entertainment System collection.

Lufia & The Fortress of Doom is one of the earliest SNES games to be released. Developed by Neverland Studios and published by Taito in 1993, it was the first title in the Lufia series of games. The game is a traditional role-playing title with four playable main characters, each with their own special attacks and abilities. 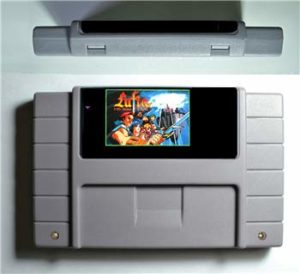 The game features a classic top down, two-dimensional view set in a floating island called Lufia. The island has a large castle which is called the Fortress of Doom. The game takes place in this castle as the players have to make their way through it, defeating enemies in turn-based moves, which grants the player experience points. These can be used to level up the various attributes of the playable characters.

The player can control multiple characters during the gameplay and the 2-d setting turns to a first-person view whenever the player enters a battle. 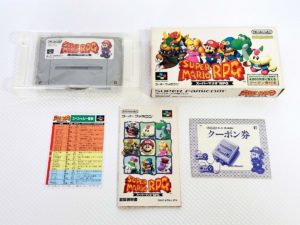 The game is set in a geographically and culturally diverse land. With landscapes that feature mountains, forests and bodies of water. Each biome is characterized by the non-playable characters that inhabit it and are several. The goal of the game begins with the usual, rescuing Princess Toadstool from the iconic villain Bowser. But the game soon takes a turn when the world is invaded by the Smithy Gang. This is a gang of villains from an alternate dimension, led by Smithy, an evil blacksmith with aspirations of world domination.

The gameplay is set in an isometric 3-D setting. The game begins with the player only having control of Mario, but as the game progresses, you gain control of a party of five characters. The game has exploration sections and battle sections. One good thing about this RPG is that it does not have randomized battle sequences, you only enter a battle when you choose to engage with an enemy, giving the player greater control over the game and multiple replay options. The combat system itself is a turn-based, time determined arena style combat.

Throughout its run, the game received extensive positive reviews. These were mainly for its graphical quality, great gameplay, funny humor and engaging soundtrack. Mario is a staple of all Nintendo systems, and this game being the first RPG to feature him, automatically makes this one of the best SNES RPGs.

Tales of Phantasia was an iconic RPG developed by Wolf Team and distributed by Namco. It was originally released in 1995 and was popular to the point of being ported to multiple future consoles.

The game features a scrolling 2-D style world and has a turn-based linear battle system. The player takes control of Cress Albane and four other characters as they battle various enemies. 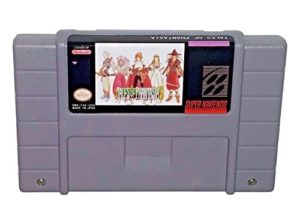 Chrono Trigger was a 1995 RPG title made by Square. The game is widely touted as one of the greatest games of all time. Chrono Trigger is a classic role-playing game, with a top-down view of the player as the character navigates through a world filled with forests, cities and dungeons. Chrono Trigger is unique amongst RPGs as the battle arena and the navigation map are not different. Whenever a player encounters an enemy in the map, the battle takes place seamlessly in the same place with the same view. 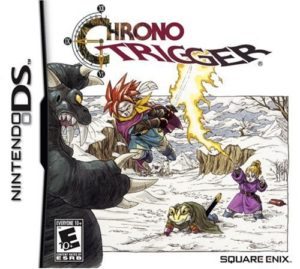 The game has six playable characters and one optional one. Each character comes from a specific period of history and each has their own set of attacks and abilities.

The Super Nintendo Entertainment System was an iconic console that provided entertainment for audiences of all age groups. Its prevalence in the 21st century is a testimony to its great design and the great games that it featured. Whether you are a collector, an SNES enthusiast, a gamer looking for nostalgia, or someone looking to give a great gift that brings up joyous childhood memories, this list of the best SNES RPGs is sure to help you make the best choice.

Points to note while choosing the best SNES RPG

SNES are a kind of role play games, popular among children and youth. These are in fact the best-known RPGs and regarded as of the highest value in the history of gaming. Here is a guide for you if you are looking for the best SNES RPGs.

So, these are few of the points that a good SNES role play game must have. These are very interesting games and one must look for the above features before buying a SNES RPG for him.

No, these cartridges are specifically designed to be used in a 46-pin console like the Super Nintendo Entertainment System.

Yes, all the cartridges are in pristine condition, often retaining the original cartridge artwork. Each cartridge is tested for any flaws before being shipped.

Yes, if the clone device has a port to accept 46-pin cartridges, these games will run just as well as they did on the original SNES.

Unfortunately, No. The SNES was discontinued in 2003, owing to increased graphical capabilities of 32-bit consoles. Despite enjoying a large customer base to this day, game studios have stopped producing new games for the SNES in favor of newer consoles.

MUST READ:  Comforts and Benefits of Buying a Foot Massager 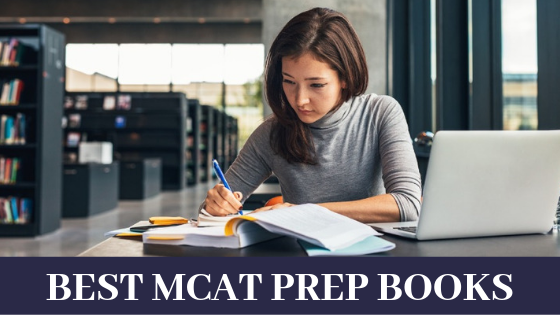 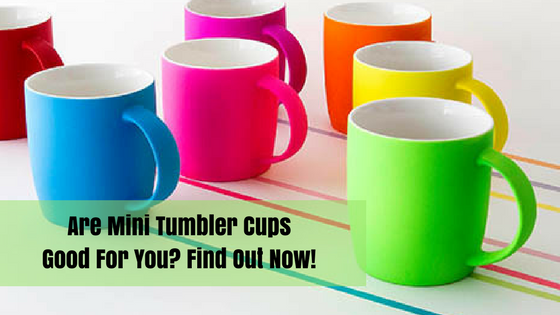 Are Mini Tumbler Cups Good For You? Find Out Now! 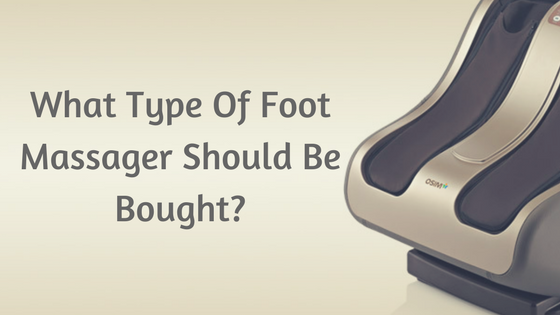 What Type Of Foot Massager Should Be Bought?